← back to
Southern Lord
Get fresh music recommendations delivered to your inbox every Friday. 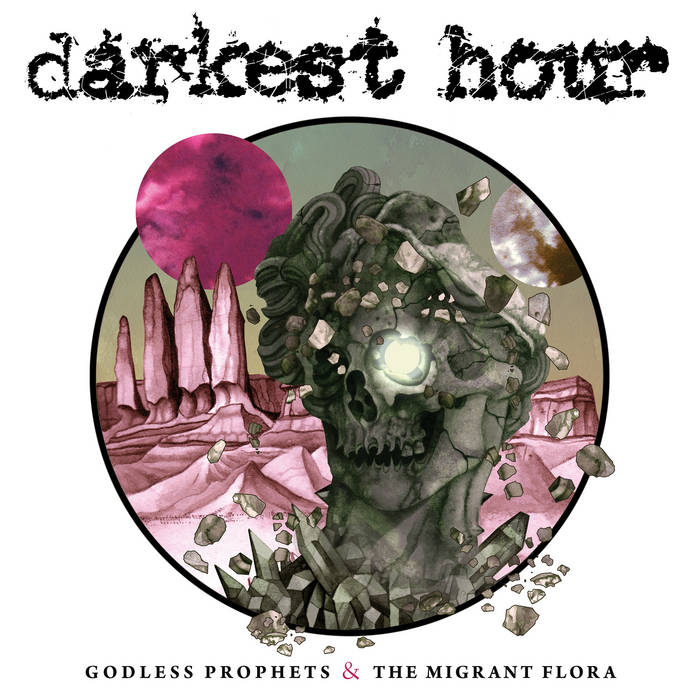 Tom's Reviews I saw this band in 2014, maybe 2015, and they were among the best acts on the Mayhem Fest that year. This album reproduces the power they have onstage, and multiplies it tenfold. Badass metal riffs, and great vocals!!! Favorite track: Enter Oblivion.

alexlovesmetal Love me some Darkest Hour and this album is a great example of their improving musicianship. Aggressive, technical, and loaded with badass riffs! Favorite track: Those Who Survived.

A bastard child born of the mid 90s punk/metal/hardcore movement, Washington, DC’s DARKEST HOUR combine the passion, energy, and soul of punk/hardcore with the style, speed, vengeance and fury of melodic speed/thrash/death metal.

DARKEST HOUR have helped defined the entire New Wave of American Metal sound as one of the pioneers of modern metal/core. A sound that gave the metal and hardcore/punk world the revitalization it surely needed. This style blended the raw, hardcore punk of the 80s, with the Scandinavian death metal of the 90s and forged a sound that would later become the template for modern metal.

Since their inception 21 years ago, Darkest Hour has released 8 studio full lengths (via 11 different record labels), appeared in major motion pictures and US television shows, video games, and have toured the world extensively covering 6 of the 7 continents.

While many of their contemporaries have decided to hang it up, Darkest Hour is still charging ahead with invigorated spirit. In 2016, the same rabid fan base that helped propel the band into the national spotlight helped push them to reach another milestone by crowd funding the album.

The band then partnered with California based Southern Lord Records to help complete the release and distribution of this fan fueled release!

2017 will see the release of said album, and the world tour that will follow. This 9th studio album produced by underground legend Kurt Ballou (Coverge), at his Godcity complex, is destined to be a Metal classic.

Drawing from the bands 21 years’ experience, this album is set to solidify Darkest Hour’s legacy as a metal power house. Raw as all hell, musically complex, melodic, yet cutting with razor blade precision, Darkest Hour’s 9th full length record, Godless Prophets and the Migrant Flora is fierce and hungry for blood.

Bandcamp Daily  your guide to the world of Bandcamp

Little Brother joins the show to discuss their beautiful journey, plus tunes from Fat Tony